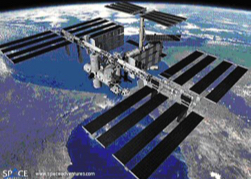 - The ISS crossband repeater has been commissioned! Frequency chart on

Packet was on most of March and April - so far ...

still experiencing problems. Do NOT attempt access to '92 right now!

- There are also occasional SSTV projects from the ISS on 145.800 MHz.

Be Ready for ISS SSTV Projects!

Receiving ISS SSTV images can be as simple as holding your HT up to your smartphone equipped with a $3 app! Info right here.

Once you've mastered the "easy" sats, there are several SSB / CW transponder sats. Click here for "getting started" information.

Use the LIVE OSCAR STATS Page!

Consult this site (screenshot below) to see if your chosen satellite has been heard by others ... and report your experiences, too!

On the right, The LIVE OSCAR STATUS PAGE. See #2 above 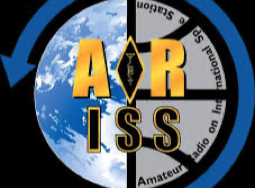